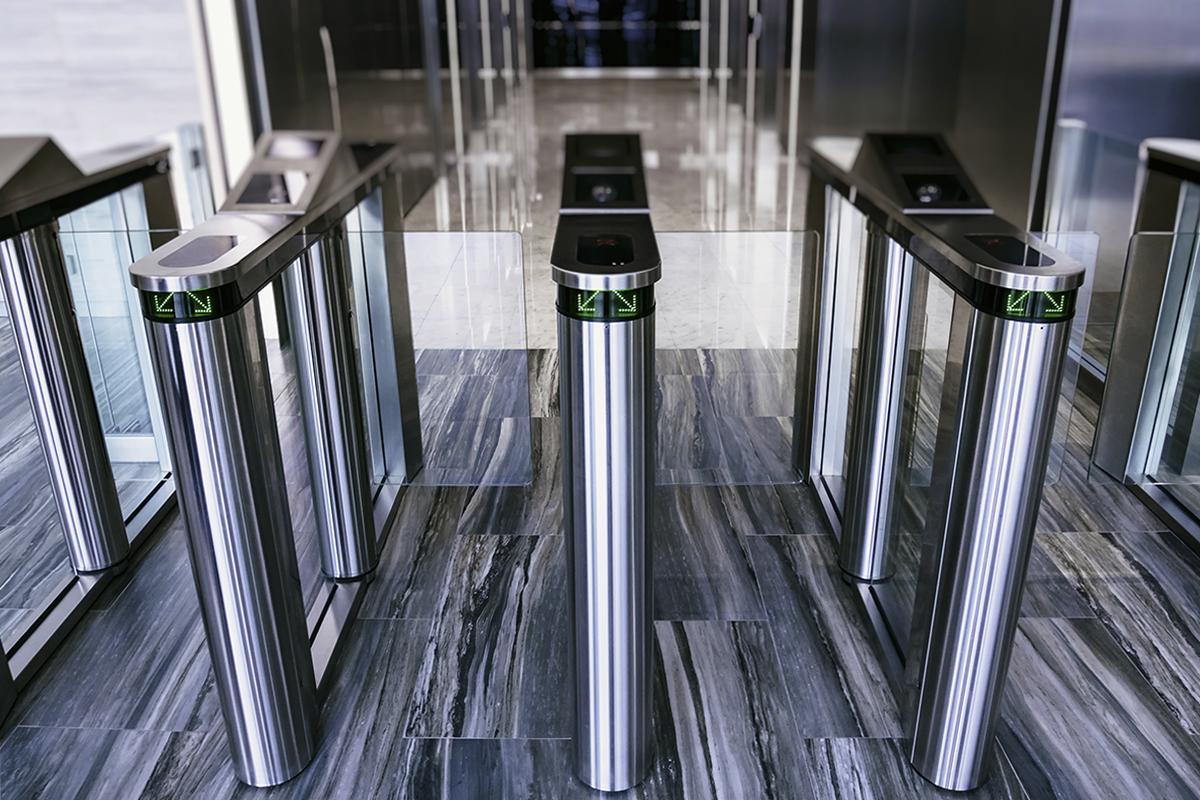 Access Control Systems ensure the security of a resource or building, its occupants and its contents. Whether the scale of the system is a single smart door lock for a home or hundreds of doors in a large hotel or office, Wi-Fi HaLow can reduce the complexity and cost of the project. The security system architect considers obvious points of entry, anticipated threats, and the ever-shifting credentials for the users inside and outside of the defined space. Multiple types of hardware devices (locks, switches, sensors, keypads, readers, cameras, gates) need to be tied together with a suitable network to provide real-time status and control of the system. An integrated security system, whether running on a PC on-site or in a cloud-based remote monitoring station, will benefit from using Internet Protocol (IP) based networks that tie all the components together.  Now, there is a robust wireless technology with the flexibility to aggregate these various networks under one industry standard. Here is how IEEE 802.11ah Wi-Fi HaLow will securely reduce cost and complexity of these networks, now and in the future.

Let us first focus on how a residential smart lock can take advantage of Wi-Fi HaLow for increased reliability, longer battery life, and more robust connection to the home’s internet connection at lower total cost of ownership.

Many residential smart locks available today were previously designed with a priority focus on low energy consumption at the expense of suffering very low data rates for their wireless communications technologies, such as Bluetooth, Zigbee, or proprietary radio protocols like Z-Wave. To reach an internet connection to enable remote control of the lock from a smart phone application, their proprietary gateways to the IP network are required at additional cost. The path to this gateway might require using a congested mesh of other like devices with very low data throughput and high latency. The prioritization of low energy consumption has constrained designers to use these technologies at the expense of reduced security and higher costs. The lock might also incorporate a keypad, fingerprint scanner, or NFC card reader which require periodic updates through a secure channel.  Many locks also include motorized deadbolts. To meet the demands of all these energy consumers, the lock might require 4 to 6 AA sized batteries. Traditional Wi-Fi was rarely considered, due to its relatively high energy consumption and short reach.

Now that low-power Wi-Fi HaLow is available, several key advantages can be applied to smart locks solutions.  Wi-Fi HaLow is an IPv6-ready standard and can connect directly to a whole home Wi-Fi HaLow router.   The narrow-band, sub-1 GHz radio signals travel much farther and penetrate walls better than 2.4 GHz solutions such as BT and Zigbee, without the need for additional gateways or complex meshes. WPA3 security ensures all control signals are encrypted.  The data rates of 10s of Mbps provide plenty of headroom for fast firmware updates in the event that new threats are detected. This will greatly simplify the connection to cloud-based home automation applications, without the burden of proprietary infrastructure for the home owner or lock manufacturer.

Let us now examine larger scale commercial buildings secured by electronic strikes, magnetic plates, and hybrid smart locks.  Other components in this network include external keypads or RFID card scanners outside each door, plus egress triggers on the inside of each door such as PIR motion detectors or request-to-exit (REX) buttons. The typical installation requires the security agent’s PC to connect to a control station, which uses a network of wires to control the low voltage power transformers used to energize the locks or change their states. One common wired control solution uses the RS-485 protocol for which the wires may reach up to 1,000 m from the control station and communicate with up to 32 devices.  Another method might use Power-over-Ethernet (PoE) cable to offer control signals and power to a gateway controller device, up to a maximum distance of 100 m away. Some systems use a hybrid distribution network of PoE and RS-485 to reach proprietary access points nearby groups of rooms that each have wireless smart locks in the doors. The doors are updated periodically with information on which key card credentials are to be considered valid, such as for hotel guests accessing their rooms.

Wi-Fi HaLow can greatly simplify this network of devices to reduce costs of the security network infrastructure, reduce cost and time of installation, and reduce maintenance costs of the system from battery changes and firmware updates.

Wi-Fi HaLow provides a simplified star-oriented architecture for connecting a high density of sensors and lock controllers.  It is suitable for incorporation directly into battery-operated door lock sets, without the need for intermediary sub gateways or proprietary controllers.  The network can be as simple as a Wi-Fi HaLow AP connected to a single PoE cable on each floor.  Each lock is then capable of operating as a premise-based or cloud-based device.   Wi-Fi HaLow can also be used as a backhaul network to replace low-speed cabling between the backbone network and region of devices. There is a significant cost of materials and labor to install, move or change RS-485 or PoE networks to add features. If the system architect wishes to add video or other multi-factor authentication to a wireless door lock, Wi-Fi HaLow has the capacity to handle the demands.

Extend the scope to exterior vehicle gates or bollards.  The narrow-band, sub-1 GHz RF signals used by IEEE 802.11ah Wi-Fi HaLow offer a minimum data rate of 150 kbps at up to 1 km distance from the Access Point (AP). This is as much as 10 times farther signal reach than Power-over-Ethernet (PoE) wired solutions that are typically limited to a maximum distance of 100 m. Wi-Fi HaLow also reaches 10 x the distance of 2.4 GHz Wi-Fi and other wireless technologies. By using directional antennas for line-of-site connections, Wi-Fi HaLow extends much farther.  HaLow can be used to control peripheral access points at the edge of the property.  This same standard solution can also serve multiple sensor devices such as motion detectors and proximity sensors for early warning of approaching threats.  Other long-range wireless networks like LoRa and Sigfox have extremely low data rates, as low as 12 bits per second and only for very small packets of data.  These solutions do not support fast and secure OTA firmware updates, let alone session-based connectivity.

Wi-Fi HaLow solves most of these problems with a single simplified standard.  HaLow provides a scalable solution to cover structures with large numbers of monitoring and controlling devices.  A single AP can support up to 8191 devices, more than the number of rooms in the world’s largest hotels. The sub-1 GHz, narrow-band RF signals penetrate through walls, doors, ceilings and floors. Signals reach farther, with ranges that can accommodate devices that would normally require wired signal connections. Morse Micro’s additional physically unclonable device (PUF) security feature can be used to create unique private keys for trusted platform connections over the IP network, a cloud-based service can manage all the locking systems on the HaLow network.

Compliance now and in the future

Tenants may move. Regulations may change. The building may stand for 100 years. Building automation technology must evolve to meet demands for better safety, energy efficiency, and tenant convenience. Morse Micro will continue to provide updates to power-savings techniques, custom features, and future unknown upgrades to encryption protocols. By using Wi-Fi HaLow wireless technology from Morse Micro, the concept of ripping out old wires and putting in new wires may be a thing of the past. Get in touch here if you are interested in using Wi-Fi HaLow for your product. 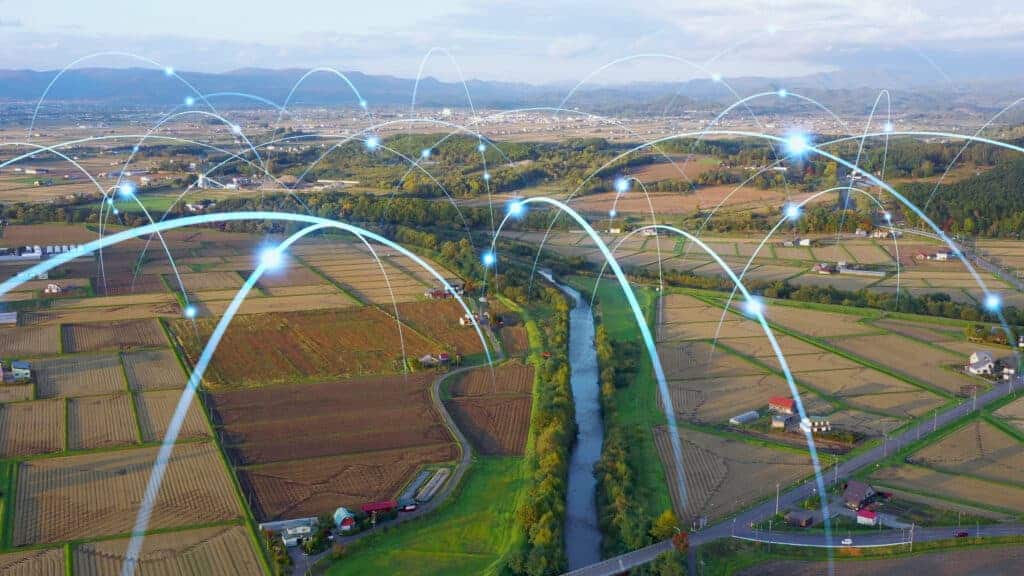